I'll Scratch Yours to Hit Stores in September

After a three years wait, And I’ll Scratch Yours  will finally hit the store shelves on 23rd of September (24th for North-America). This long awaited follow-up to 2010’s Scratch My Back, where Peter Gabriel reworked songs from other artists, will see the project completed with invited artists reworking Peter Gabriel songs.

We already had a taste of what it would sound like when the singles appeared on the iTunes Store. These previously heard six songs will be augmented with six other ones, wrapping up the whole concept of exchange and re-working.

This whole endeavor is what also prompted Gabriel to re-work his own material with an orchestra, giving us New Blood and the critically acclaimed New Blood Tour. 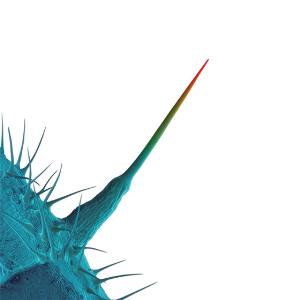 Blackfield has unveiled today a new video, this one for a song called Jupiter from the forthcoming album Blackfield IV. 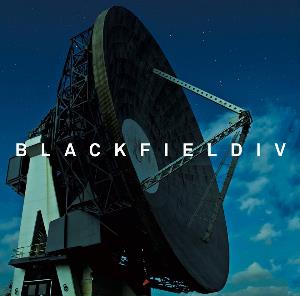 Cruise To The Edge 2 Announced

It seems that this year's Cruise to the Edge was a success, and the promoters have already started to filter out some news concerning the second edition of this popular new phenomenon.

Imagine being on a cruise ship in the Caribbean, enjoying the sun, the sea, and the progressive rock music! Imagine having breakfast on the deck with some of your favorite artists. Well that's what happened earlier this year with the first cruise, and that will most likely be what will happen during the second edition of this musical cruise. And more than music, you get to travel to Honduras, Cozumel, and Miami!

More news about participating artists, pricing, and schedule will be forthcoming on the newly designed website in the coming weeks. For the moment if you go to the website you'll find out about last march's cruise and see what you missed. 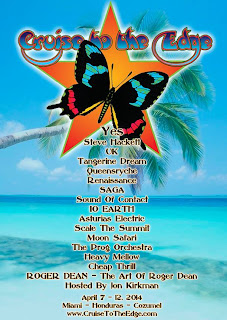 The dates have been set to April 7 to 12, 2014. Scheduled artists already booked are: 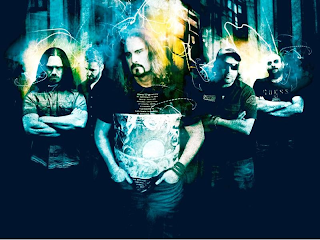 Today really has been a big day for Canadian prog metal artists. To round this out, here is news about Dream Theatre vocalist James LaBrie... and yes, his is Canadian!
It is just under two weeks till the latest studio album from Dream Theater's James LaBrie hits the streets, and as such a lyric video for the anthem 'Back On The Ground' has been released for your listening pleasure. This track is taken from the album "Impermanent Resonance", to be released on July 29th, 2013 in Europe and August 6th, 2013 in North America via InsideOutMusic, and you can check out the video below.

James LaBrie - "Impermanent Resonance"
1. Agony
2. Undertow
3. Slight Of Hand
4. Back On The Ground
5. I Got You
6. Holding On
7. Lost In The Fire
8. Letting Go
9. Destined To Burn
10. Say You're Still Mine
11. Amnesia
12. I Will Not Break
Next to the standard CD and the Digital Download format, "Impermanent Resonance" will also be available in Europe as limited edition Digipak featuring alternate artwork and two bonus tracks ("Unraveling" and "Why") as well as on limited LP version (with the full album as bonus CD).
The previous James LaBrie album, "Static Impulse" from 2010, will also be released for the first time as LP (with the full album as bonus CD) on the same street date of the new album.
Both LP's will be available on 180gr. black vinyl but also on strictly limited clear vinyl (only 200x copies each!).
Check out the newly launched pre-order links here:
"Impermanent Resonance" in Europe (all formats): http://www.insideoutshop.de/Search?q=impermanent
"Static Impulse" in Europe (all formats): http://www.insideoutshop.de/Search?q=static
North American pre-order bundles http://www.cmdistro.com/Item/James_LaBrie_-_-Impermanent_Resonance-_CD_+_Shirt_+_Autographed_Postcard_-PRE-ORDER-/PKG001599
Posted by Frank at 4:57 PM No comments: 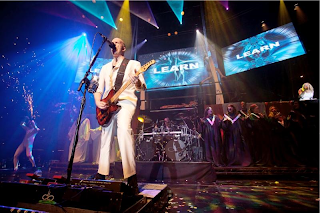 Last October, Canadian prog metal artist Devin Townsend and his Devin Townsend Project embarked on a tour of Europe that culminated with a show at the Roundhouse in London that was webcast over the internet. That show, the Retinal Circus, will soon be available on DVD.

His quadrilogy, consisting of Ki, Addicted, Deconstruction, and Ghost, was a high point of musicality, maniac drive, and humour. His latest, Epicloud, was, in two words, epic and loud. the Retinal Circus chronicles the Epicloud tour and shows the DTP band in full form.

It includes a three hour plus performance that spans Devin Townsend's entire career. With a full choir and theatrical cast, visual and aural enhancements unlike any show Devin has done to date, several special guests, circus performances and more, this CD/DVD set is a must-have for any Hevy Devy fan!

The Retinal Circus has also been nominated for its second award this year, with the Progressive Music Awards 2013 deeming it a contender for "Best Live Event". Fans can vote for it to win here: http://awards.progrockmag.com/awards/live-event

Here is a promo video. Enjoy!

UK five-piece rock band Touchstone are excited to reveal they have signed an exclusive deal with Hear No Evil Recordings/Cherry Red Records for their much-anticipated 4th studio album ‘Oceans Of Time’, which is due to be released on 7th October 2013.

The release of the new album will be supported by a 6-date UK tour in October, where they will be joined by co-headliners Von Hertzen Brothers from Finland.

"Touchstone are delighted to have signed to Hear No Evil Recordings for the release of our new album, Oceans Of Time. We are very much looking forward to working alongside Hugh Gilmour, the label manager, and to being a part of the bigger Cherry Red Records stable.”


‘Oceans Of Time’ features 11 tracks recorded and produced at Outhouse Studios by renowned producer John Mitchell (You Me At Six, Lower Than Atlantis, Funeral For A Friend), and is the successor to Touchstone’s previous  albums: The City Sleeps (2011), Wintercoast (2009) and Discordant Dreams (2007).

On this eagerly awaited new album, the band continue their “Wintercoast” story with the dynamic, moving epic title track ‘Oceans Of Time’; the sequel to the title tracks of Wintercoast and The City Sleeps. Another familiar theme comes from ‘Shadow’s End’, the final part of the Shadow trilogy, which started with the track ‘Shadow’, from Discordant Dreams.  Fans will enjoy a more guitar-orientated sound from Oceans Of Time than previous albums due to the nature of the writing process.

All the music is written by Touchstone, with lyrics by lead vocalist Kim “Elkie” Seviour, and keys man Robert Cottingham, whilst guitarist Adam Hodgson again designed the cover artwork. 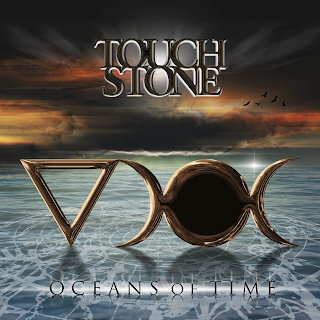 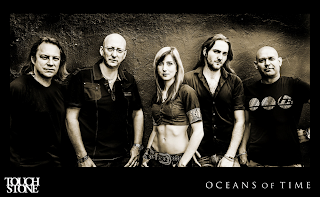 Check out the video here:


Here is what Michel had to say upon completion of the video:

"I met Nicola Piovesan at the Voivod/Unkind show in Helsinki on October 31, 2012. We had a discussion about my 3D Graphics for the album Negatron and Nicola mentioned the possibility of him doing a 3D Motion video for our new album Target Earth. After viewing his fantastic video for The Core by the band On|Off|Man, we knew he was the right person to capture the cyber world of Voivod. To us, the result is simply spectacular!" 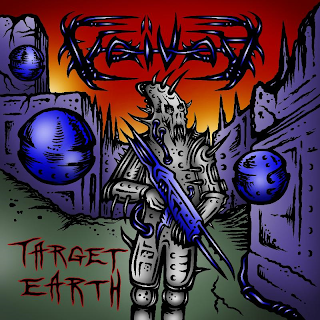 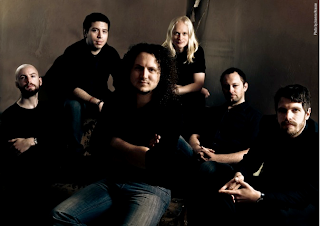 Progressive metallers Haken recently revealed details of the release of their forthcoming third album 'The Mountain', which is due to hit the street on the 2nd September in Europe and 17th September 2013 in the USA. In conjunction with the UK's Prog Magazine, they can let you hear the fantastic first track to be released from said album entitled 'Atlas Stone'. The band had this to say about the track:

'Atlas Stone' has a delicate mix of soft chiming passages, jazzy interludes and crunching riffs and encapsulates the spirit of the 'The Mountain' perfectly. The song is exhilarating and uplifting but is tinged with a sense of urgency and desperation which reflects one's journey to the peak of the mountain. We can't wait to play it on our upcoming tour in September!

Check the track out here:
http://www.progrockmag.com/news/haken-premiere-atlas-stone-from-new-album
Haken - The MountainOut 2nd September in Europe / 17th September in the US 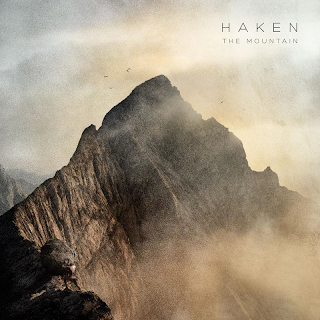 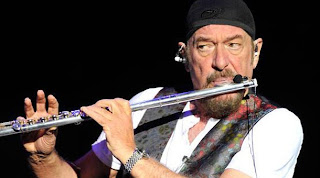 Well, people outside where proving Ian's point by being really Thick! It seems that the repulsive right-wing hate-mongers of the Westboro Baptist Church were picketing outside the theater.

According to a PDF you can find online, to which I will not link, you can read: “Ian is representative of a world of perverse adulterers who have enabled & justified fags”, and “The Bible requires the death penalty for adulterers as well as for sodomites”.

Oh my! They really represent what Ian was singing about on Aqualung.


Oh people - what have you done
Locked Him in His golden cage.
Made Him bend to your religion
Him resurrected from the grave.
﻿
Here it is, live at Montreux. 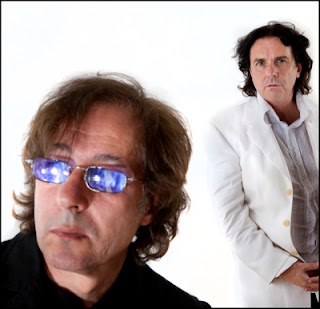 After having delivered a fantastic album last year (Not the Weapon but the Hand), and having announced a mini tour of Europe earlier this year, economic concerns and artistic aspirations clashed.


It is with extreme regret and no little reluctance that Richard and I must announce the cancellation of our forthcoming August and September shows. We have worked hard and planned carefully to make this tour a memorable musical event. We assembled a brilliant creative unit of talented musicians and performers and were careful to communicate to our respective fan-bases the intention to play a spectrum of music from across our careers. Unfortunately, the process has seen expenses spiralling beyond our initial estimates and tough economic times have led to a slow take-up of ticket sales so far. Financially the tour just won't work. We can't compromise the quality of the band or the performance and, in this instance, we're not backed by a large corporation and all expenses and losses will have to be incurred personally. This has left us with little alternative but to pull the plug on the project.

Support from the public has been enthusiastic, and we're grateful to those of you who have rushed out early and bought tickets. We will do all we can to ensure existing ticket-holders are refunded. We do appreciate that there may be people who have incurred travel and hotel expenses in connection with our tour and, especially during these tough times, we are truly sorry if you are out of pocket over this.
We hope to revisit this project in the future as and when our respective Marillion and Porcupine Tree schedules allow as we were very excited about the show we had been planning.