Messages of love and remembrance abounded yesterday and continue today as people learn of Chris Squire's passing. Last night at Steven Wilson's show, Steven started the encore by talking about Chris, then he played "Trains" and dedicated it to his memory.

For those not on Facebook (and I know a lot of you are not). Here is a sampling of the messages posted there.


It's with the heaviest of hearts and unbearable sadness that we must inform you of the passing of our dear friend and Yes co-founder, Chris Squire. For the entirety of Yes' existence, Chris was the band's linchpin and, in so many ways, the glue that held it together over all these years. Because of his phenomenal bass-playing prowess, Chris influenced countless bassists around the world, including many of today's well-known artists.


Really saddened to hear of the death of my old Yes band-mate, Chris Squire. I shall remember him fondly; one of the twin rocks upon which Yes was founded and, I believe, the only member to have been present and correct, Rickenbacker at the ready, on every tour. He and I had a working relationship built around our differences. Despite, or perhaps because of, the old chestnut about creative tension, it seemed, strangely, to work.

(...) I offer sincere condolences to his family

From Jon Anderson (Notes from the Edge):

Chris was a very special part of my life; we were musical brothers. He was an amazingly unique bass player - very poetic - and had a wonderful knowledge of harmony. We met at a certain time when music was very open, and I feel blessed to have created some wonderful, adventurous, music with him. Chris had such a great sense of humor... he always said he was Darth Vader to my Obi-wan. I always thought of him as Christopher Robin to my Winnie the Pooh.

We travelled a road less travelled and I'm so thankful that he climbed the musical mountains with me. Throughout everything, he was still my brother, and I'm so glad we were able to reconnect recently. I saw him in my meditation last night, and he was radiant. My heart goes out to his family and loved ones.

Chris was a guy who really lived at 100 miles an hour. He was the member of the band who was most difficult to live with. But when he started to make music, we'd forget everything. And when this tall imposing guy, at 6-foot-4 and 300 pounds, put your hand on your shoulders, it gave you energy. It was easy to connect with him.


I am devastated by the news of Chris Squire's passing. A special pal and a man who defined the progressive genre. Open to all styles with a love of orchestras and choirs as well as thunderous rock, his passing leaves a huge hole in the heart of music. His ingenious sound was unique. Farewell my friend. I loved making the Squackett album with you and all the other projects we worked on together, including your recent work with me on Love Song to a Vampire... It feels like only yesterday. Thank you for all the good times. Saying you will be missed is a complete understatement, and my heart goes out to Scotty and all your family.

Warmest wishes to all,

And snipets from musicians who were also fans:

From Andy Tillison (The Tangent) :


He was the bass player on the first album I ever bought. the one I heard playing from the top of the stairs - in the song "Muffled Epiphany" on Sacre. This was my introduction to the sound that instrument could make, the way it could run up and down yet hold the whole thing together like it was a simple foundation.

I never knew, nor will I ever know, how to play bass like Chris Squire. So I made up my mind never to copy his style. But his sound, his way of being on stage, his vocal harmonies and its thousands of notes, impossible for me, have been important lessons!


Every once in a while, a musician comes along who redefines the sound of a musical instrument and how it can be used in the making of art. Such people are true innovators and rare talents. Chris Squire was just that. He brought his instrument - the bass - to the front of Yes's music and endowed it with fabulous rasping, grinding melodic tones normally reserved for lead instruments. (...).


(...) I fell blessed to have known him. His signature Ricky sound was unmistakeable. His personality and humor even larger. My thoughts and prayers go out to his family and band mates. RIP Fish

Founding member for progressive rock band Yes, Christopher Russell Edward "Chris" Squire has died today while battling Acute Erythroid Leukemia, a rare form of Acute Myeloid Leukemia. In May Squire had announced the diagnosis and his decision to leave the band temporarily to undergo treatment. He was replaced by Billy Sherwood, another Yes alumni, on bass for the remainder of the tour.


Chris Squire was the only founding member of Yes to have been part of all it's incarnations. Since August 4 1968, when the band offered it's first concert under the Yes moniker, with Jon Anderson, Bill Bruford, and Peter Banks, up to 2015, Squire was the flagstaff upon which the Yes flag has sailed in the wind. He was the glue that held the band together.


For many Jon Anderson's ethereal voice was the pillar of Yes, but it was Squire's emblematic bass playing that was part and parcel of the Yes sound for more than 40 years. Yes he was part of a whole, but he was a big part, and a solid part of that whole.


In recent months there has been a push to include Yes in the Rock'n'Roll Hall of Fame, due to it's influence and excellence in the music industry. If they do get this long delayed honor it will be in no small part thanks to Mr. Squire.


With his passing, a complete chapter in the history of progressive rock is now closed.


Chris Squire will be sadly missed by friends and family, of course, and by the music community as a whole.
Posted by Frank at 12:14 PM No comments:

Genesis founding member Tony Banks will be releasing his first ever box set celebrating his solo work. A Chord Too Far is a deluxe 4 CD set comprising 48 songs and pieces, all personally selected by Tony. Many tracks have been remixed exclusively for this collection and have been drawn from his seven solo and two orchestral albums.

A Chord Too Far includes four previously unreleased tracks, three of which are keyboard demos of his orchestral suites, with the fourth being a piece originally written for the album Still. This lavish box set also features a 60 page with an exclusive interview with Tony Banks. It is set to release on July 31st 2015. 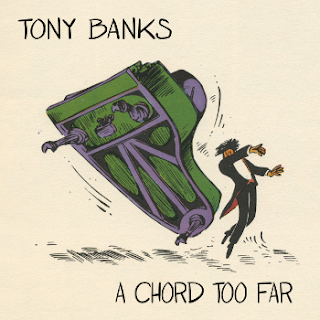 The box set cover is by Fred Aristidès, one of France's greatest comic book artists, and is taken the 3rd book is his Philemon series, named The Wild Piano. Coincidentally, Fred's book came out in September 1968, at the exact same time that Genesis started recording what was to become their first album.

You can pre-order here at Cherry Red Records.
Posted by Frank at 9:21 AM No comments:

Legendary progressive-rockers Spock's Beard are pleased to announce that their brand new 12th studio album The Oblivion Particle is set for release on the August 21st, 2015, and you can view the artwork for it here: 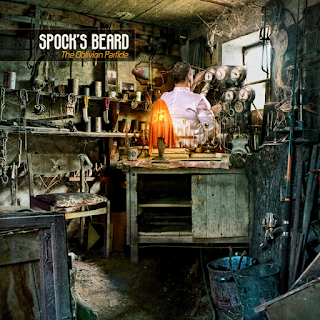 According to bassist Dave Meros, it's not a matter of how much the new album recalls past Spock's material, but how much it differs. "I think the opening track Tides of Time is classic Spock's in terms of arrangement and style, but everything else is fairly different. That said, the whole album is still within the parameters of what people expect to hear from us."

Spock's Beard's forthcoming new studio album The Oblivion Particle is the follow-up to 2013's Brief Nocturnes and Dreamless Sleep. The album finds the band answering the needs of their creations by utilizing the considerable versatility of each member. In addition to Ted Leonard's soaring vocals and Dave Meros' distinctive bass, Alan Morse adds autoharp, banjolele, electric sitar and mandolin to his array of instruments, drummer Jimmy Keegan takes over lead vocals on Bennett Built a Time Machine and Ryo expands his arsenal of keyboard sounds throughout the album. In addition, virtuoso Kansas violinist David Ragsdale lends his touch to the album's majestic closer, Disappear.

As with the previous album Brief Nocturnes and Dreamless Sleep, The Oblivion Particle was recorded at The Mouse House and produced by Rich Mouser, Alan Morse and John Boegehold, a band collaborator of many years.

WAKEmanFEST is the brainchild of Rob Ayling from Gonzo Multimedia and was conceived as a three day event that would revolve around people Rick Wakeman has worked with spanning over 40 years in the music industry and his own band, The English Rock Ensemble. The festival will run Friday 30th October, Saturday 31st October and Sunday 1st November.

The event will be held at the legendary Boston Gliderdrome in Lincolnshire. The venue started life as a roller skating rink, but began to attract musical acts in the 1950's. The venue's golden age came after it was rebuilt in 1964 following a fire. The rink remained but the Starlight Rooms opened and the biggest names in pop headed to the east of England, which includes Yes, The Kinks, Small Faces, Elton John, T.Rex and Jimi Hendrix to name a few.


“I wanted to create a festival I would want to go to myself. We have chosen as the venue for this 3 day event, The Boston Gliderdrome in Lincolnshire because of its amazing history. I remember playing there many times over the years, especially with YES. We are also hoping to organising various hotel deals for people to book into as well. It all starts on the Friday with a full day Saturday and a very special charity day on the Sunday which finishes around 5pm so everybody can head off home”.

As of today the 9th of June, the lineup appears to be:
The Cadbury Sisters
Wakeman Cubed
Sir Henry of Rawlinson's End
Rick & The English Rock Ensemble
The Electric Strawbs
The Philharmonic Skiffle Orchestra
Magician!
Kevin Orkian

For more information:www.wakemanfest.com
www.rwcc.com/notice_wakemanfest.asp
Posted by Frank at 3:14 PM No comments:

Now you will be able to have Sky Blue and Dark Matters, in their own separate packages on August 7. Sky Blue continues Devin's elaborate musical song-scapes he explored in Ki and Ghost, while Dark Matters revisits the wild and wacky world of our favorite extra-terrestrial Ziltoid. 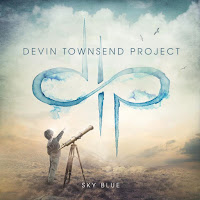 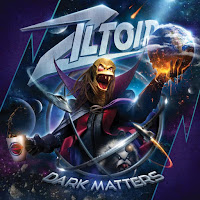 The epic lyric video for the track "March of the Poozers" taken from Dark Matters can be seen on the InsideOut YouTube channel here:
http://youtu.be/1NGQjRMXg28

Here are the lyric videos for the tracks Rejoice and Deathray: