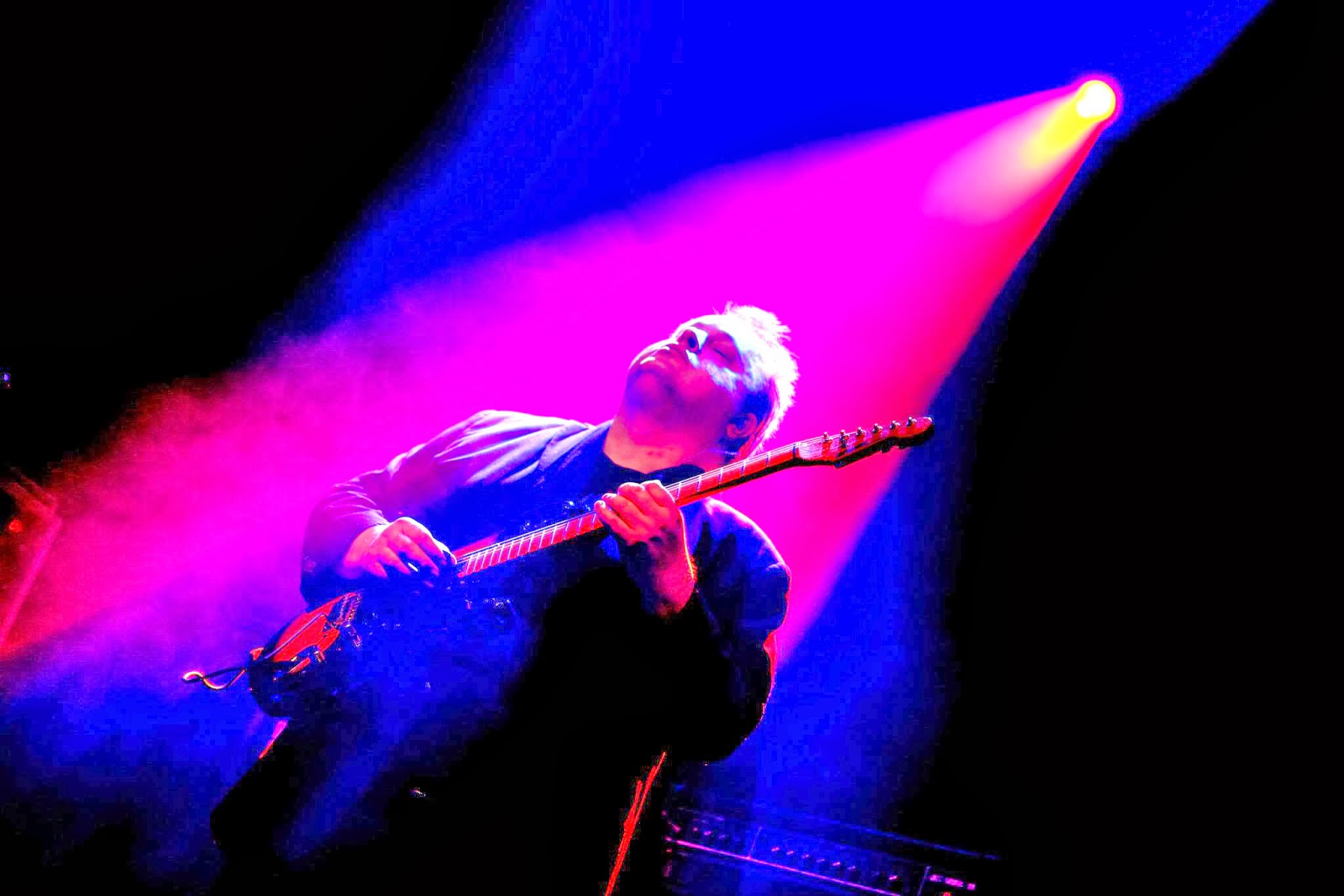 After putting together a band to play the Plovdiv Guitar Festival, Steven Rothery has finally decided to record a solo album. As the Marillion guitarist wrote today (November 25th) on his band's website:

A very exciting day for me today and not just because it's my birthday ;-)  After twenty eight years of talking about doing a solo album, the time has finally arrived! Today is the official launch day of the Kickstarter campaign for my solo album The Ghosts of Pripyat.

Earlier this year I was invited to play at the annual Plovdiv guitar festival in October 2013. To prepare I got together with my good friend and fellow guitarist Dave Foster for a couple of writing sessions which went incredibly well. After a couple of days rehearsal with the rhythm section of Leon Parr and Yatim Halimi I realised this was going to be something very special. This Youtube trailer from the live video of the performance gives you an idea of where the finished album, The Ghosts of Pripyat, will go.


The album will also feature a guest performance from Steve Hackett on a track called Morpheus and another track titled The Old Man of the Sea. Lasse Hoile (of Porcupine Tree fame) is designing the artwork so it's going to visually stunning as well.
Steven is hoping to get £15,000 by January 22, 2014 to push the project along, and as of 10:00 AM EST today it already is up to 8,644 out of 284 backers, so it looks like it will be a success. 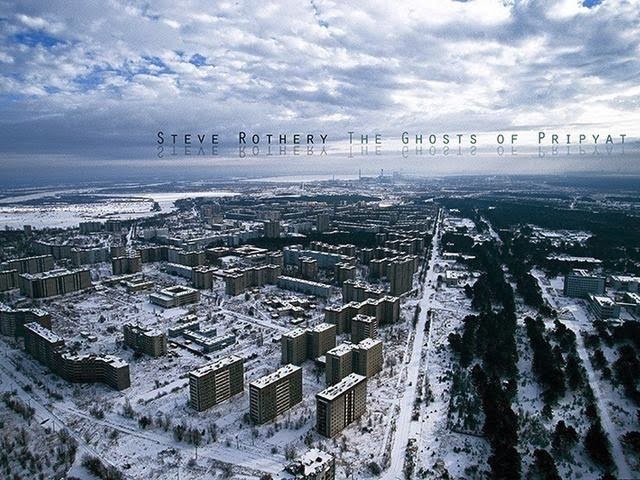 Add your pledge to this Kickstarter campaign by going to Steven's Kickstarter page here: http://www.kickstarter.com/projects/2090204348/steve-rothery-the-ghosts-of-pripyat. Many pledge bundles are available.

UPDATE (26th November 2013):
By the end of the evening, the Kickstarter campaign had reached its goal, and then some. Inside of one day, the amount accumulated was £20,529, with 694 backers. This is the quickest campaign I have ever seen! Steven Rothery, whose birthday it was when he launched the campaign, had one hell of a gift, and had this to say:

Thank you all for your incredible support! What an amazing way to celebrate my birthday yesterday.

Mike Hunter will be engineering the recording of the drums for the album at the Racket Club at the beginning of February and Steve Hackett will be recording his parts towards the end of the month.

We'll be flying over to Italy to play a couple of shows with Ranestrane on the 21st and 22nd February, more details to follow. 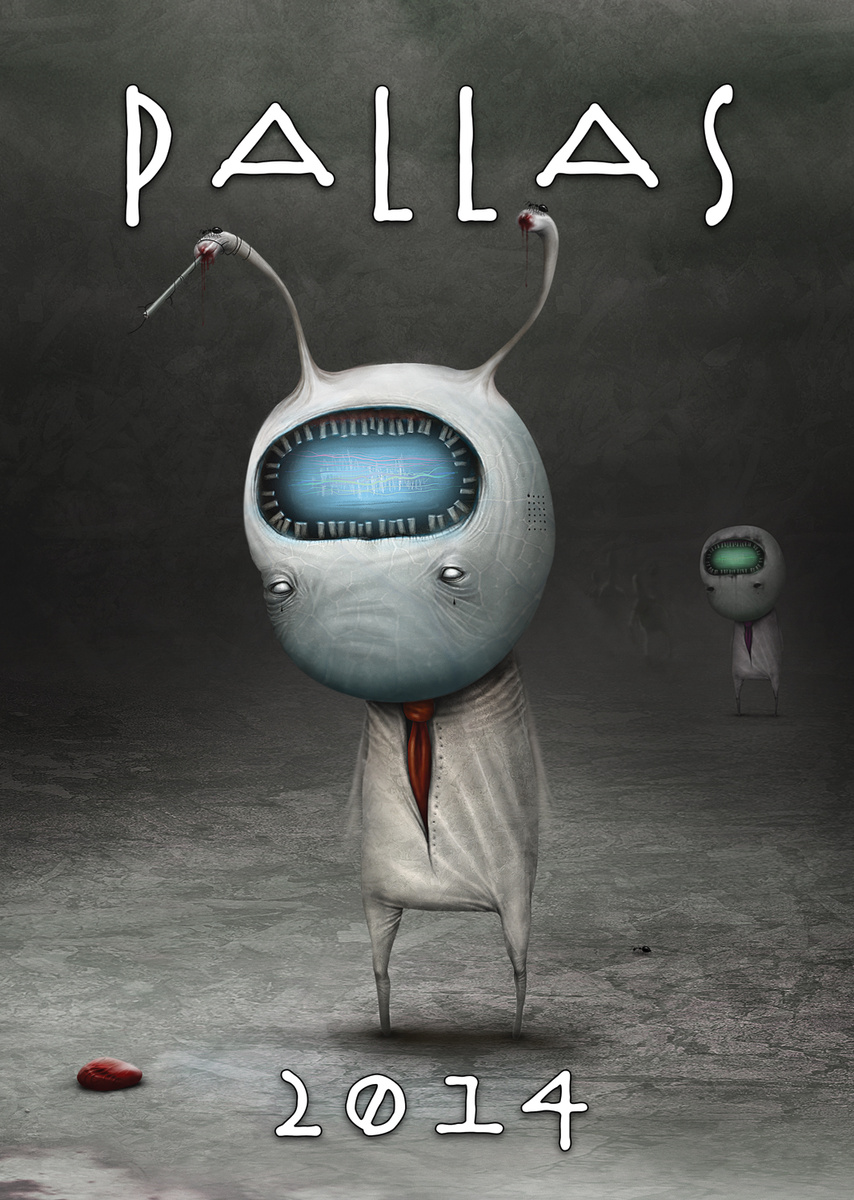 A new Pallas album will be released in April/May 2014. The new album is to be called wearewhowere and they are currently seeking contributions through the crowdfunding platform Indiegogo to complete its recording. Think of it as a preorder directly from the makers and cutting out the middle men!

As usual in these crowdfunding deals, they have a range of exciting perks ranging from getting your name or even face in the album credits and artwork to joining the band in the recording studio to record a track with them!

Now, crowdfunding is something of a hit or miss. In some cases it works spectacularly (the Subterranea movie is an exemple of this, as is the one by Edison's Children), sometimes it doesn't get the attention it deserves (as was the case with the recent try by Solstice Coil).

So to raise awareness of this campaign Pallas are giving away a free download, not only of the "PreMix- MegaMix" of four new tracks, but also a video plus other goodies such as artwork wallpaper! You can get this download from their Bandcamp site here: Free Download Link.

And while you're there, you can purchase and download The Sentinel Pre-mixes, Demos of intended studio albums, and long out-of-print live albums, now made available at reasonable prices. It's a great way of encouraging the band until the release of this new album.
Posted by Frank at 11:16 AM No comments: 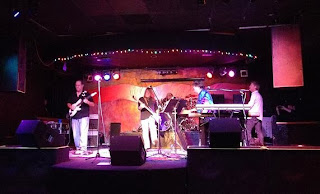 Put former members of acclaimed progressive rock bands Gabble Ratchet, Mars Hollow and Ten Jinn in a room together and what do you get? Heliopolis (“City of the Sun” in Greek), a most appropriate moniker for a band based out of the sunny climes of Los Angeles.

The band was formed by Jerry Beller (drums) and Kerry Chicoine (bass) in September 2012 after the dissolution of their former band, Mars Hollow. The quintet is rounded out by virtuoso keyboardist Matt Brown, guitarist Michael Matier, and vocalist Scott Jones.
Heliopolis have played a string of acclaimed gigs on the West Coast ranging from Berkeley, CA (with MoeTar) to Mexicali Prog (with Italy’s Il Castle di Atlante), as well as shows in Santa Monica and Los Angeles; the band’s most recent appearance was at the second annual Nor Cal Prog Festival (featuring Moraine, Erik Norlander and Inner Ear Brigade).

The debut album “City of the Sun” is produced by David Morse (Frank Zappa, David Bowie, Van Halen), and engineered by John Prpich (Juice Newton, Led Zepagain); the album is scheduled for release in early 2014 on an as yet to be determined record label. Chicoine states, “The Heliopolis mission is to build upon the foundations established by our previous musical experiences in an attempt to take the music into uncharted sonic waters with an emphasis on melody, composition and improvisation, and to bring the music alive onstage with energy and passion. 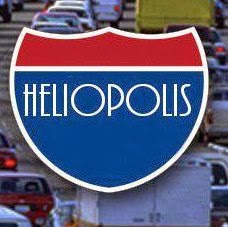 Is this rumour true? It seems so since there are two confirmed quotes about it. First guitar tech Phil Taylor in an interview on effectrode.com said that David was happy with his new Helios guitar effects pedal, and that he wanted one more for next week to add to the control room set up before David started recording.

Then in an interview with vintage.tv, Graham Nash said, "I’m leaving here and taking the train to Brighton to go and sing with David Gilmour on his new record."

Both David Crosby and Nash sang on David Gilmour’s last project On An Island. They now seem to be lending their vocal talent on David Gilmour’s new project. If this project becomes a CD, it will be Gilmour's 4th solo studio album.

Photo: deep_schismic @ flickr
Posted by Frank at 6:05 PM No comments: 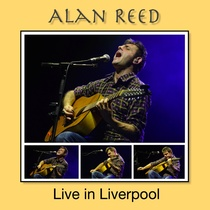 Recorded live on his aforementioned tour, this EP captures Alan full-flow, in front of a capacity crowd at The Philharmonic, in Liverpool.

Much to the excitement of prog fans worldwide, Swiss neo-prog ensemble Clepsydra will be releasing a limited edition box set containing the group's critically acclaimed albums Hologram, More Grains of Sand, Fears and Alone. To be released in January 2014 by Swiss label Galileo Records LTD, and distributed and marketed by Gonzo MultiMedia, the 4-CD box set titled 3654 Days will contain all 4 albums meticulously remastered. Also added, an hour of additional unreleased and bonus material. This will include live recordings, demos, unreleased alternative mixes and unreleased alternative versions. A 12"x12" book with rare photos and the history of the band will also be included. The box set will be a limited run of 1000 copies and will contain a certificate of authenticity, hand signed by all the band members. The brilliant artwork is done by Mark Wilkinson, who is best known for his work with Iron Maiden, Judas Priest and Marillion.

Following these four albums Clepsydra entered a state of hiatus. At this point they had established themselves as a popular entity among fans of neo-progressive rock, and they were often compared to the likes of Jadis, IQ and Fish-era Marillion. In 2013 Clepsydra announced they were reuniting, with Andy Thommen back on bass guitar and a reunion tour scheduled for 2014. 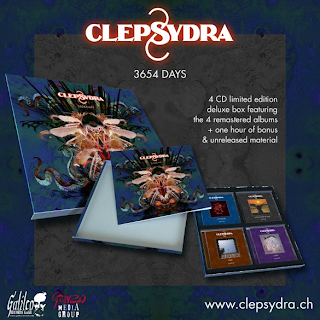 Adrian Jones, Nine Stones Close's guitarist and main composer, has a new side project called Jet Black Sea. The CD will be released on November 15th and is available for pre-order at the Nine Stones Close website here. It is described as dark experimental, ambient, progressive music.

The album is named The Path of Least Existence, and it will be distributed by Freia Music. 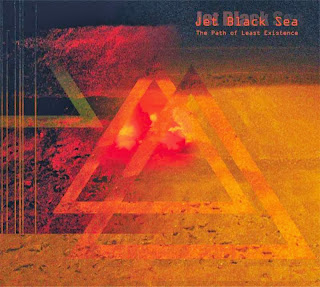 Get a taste of the new album by listening to this video:

I have never seen Shadow Circus live, but I have loved and played their music on the radio show. I discovered Edensong while at the Terra Incognita Prog Festival and fell in love with their music then and there. Both bands were interviewed here on the radio show, and both bands are worth the detour to see live.

Shadow Circus have recently released their third album called On a Dark and Stormy Night, based on a story called A Wrinkle in Time. The music is lush and another step up from their wonderful previous releases. Edensong are putting the finishing touches on their second album, to be released.... when they finish it! Their first album is simply wonderful, as is the EP they released in 2010.

Both bands will be playing on the 17th of November at Roxy and Duke's in New Jersey. The show is only 15$ if you buy tickets before the 17th, and 20$ at the door. And if that isn't enough you will also get a free single from Shadow Circus.

Be there and enjoy the music!

Above: Shadow Circus; below: Edensong.