Merry Christmas One and All 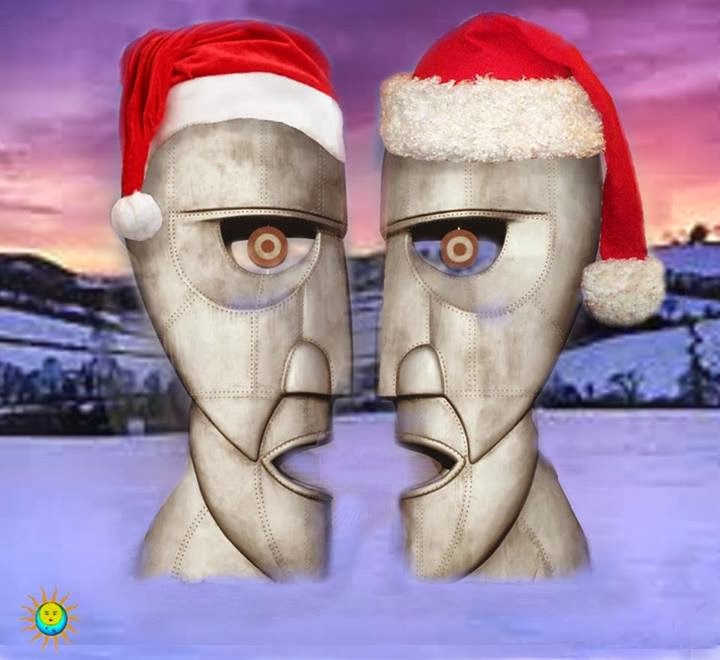 Merry Christmas to all International Prog Rock Show listeners. This year was a great year in progressive music, lets hope 2014 brings us more of the same. Hope you all get your stockings full of music!
Posted by Frank at 11:51 AM No comments: 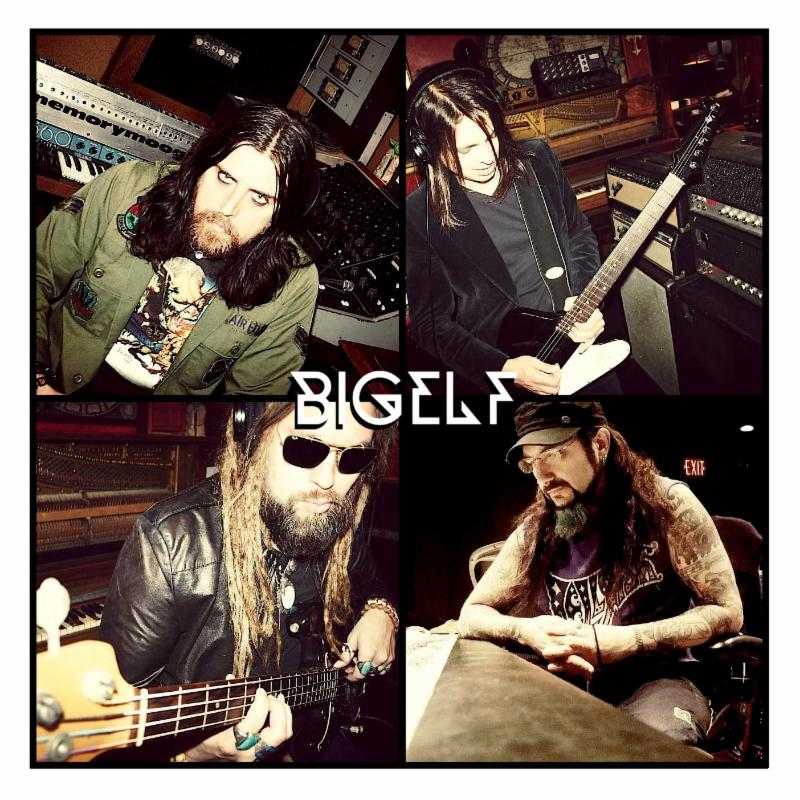 It's been a long time coming, but Bigelf are at long last pleased to announce that they will release their brand new fourth studio album entitled Into The Maelstrom on the 4th of March 2014 throughout North America. Frontman and mastermind Damon Fox had this to say:

"I think ITM is the best Bigelf record yet and I believe it is a real game changer for the band. It's gonna put us over the top! Psychedelic cinematic landscapes and melodic prog-doom set the stage for the new album, I cannot wait for fans (old and new) to experience all of its apocalyptic color."


Into the Maelstrom marks the recording debut of Mike Portnoy (Transatlantic, The Winery Dogs) with Bigelf, whose Progressive Nation at Sea cruise the band will perform on from the 18th - 22nd February 2014, playing alongside bands such as Transatlantic, Devin Townsend Project, Riverside & Adrian Belew Power Trio. Tickets are available now from www.progressivenationatsea.com.

Look out for more information in the coming weeks!

Active from 1975-1980, Brand X was another one of those bands who were beloved by other musicians, and the more discerning critics, but despite everything never had the commercial success they deserved. The band released several critically acclaimed albums on the Charisma label in the UK and Passport label in the US, including Unorthodox Behaviour, Moroccan Roll, Livestock and Product. Now much to the excitement of Brand X fans and fusion music fans worldwide, Gonzo Multimedia is releasing 3 rare Brand X titles on CD (Missing Period, Live at The Roxy LA 1979, Is There Anything About?), as well as bassist Percy Jones' hard to find solo offering from 1989 Cape Catastrophe. Missing Period: This album represents the earliest known recordings of Brand X circa 1975-76. Recorded shortly before the group's debut album Unorthodox Behaviour, the source tapes for this material were recently recovered by John Goodsall from family members in England, who presented John with a box containing all sorts of Brand X memorabilia. At the bottom of the box were some old reels of tape of unknown origin. Upon review John and Percy realized that they had uncovered a long lost treasure – excellent quality recordings of Brand X's classic lineup performing previously unreleased material. This documents a period of the band's history which has been missing for over 20 years. 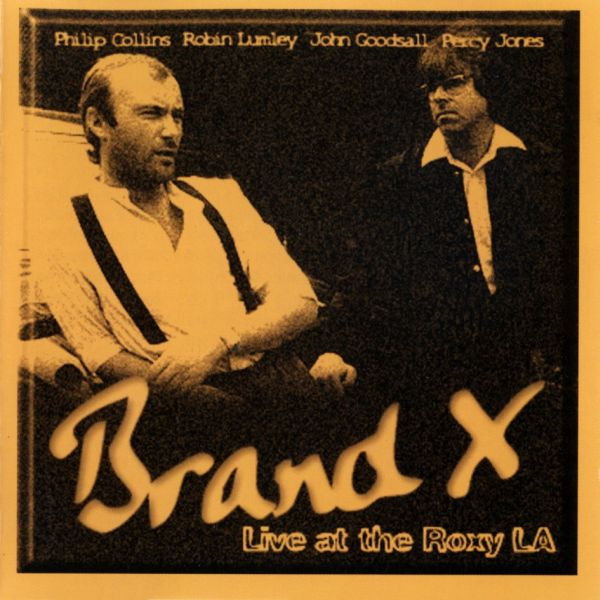 Live at The Roxy LA 1979: Recorded at the Roxy Theater in Los Angeles, CA on Sunday, September 23, 1979 shortly after the release of Product. This is a previously unreleased soundboard recording of Brand X captured live at the peak of the band's career. 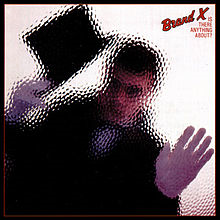 Is There Anything About?: Not long after Brand X released their 1980 album Do They Hurt?, the band members went their separate ways (until their comeback in 1992 which only featured Goodsall and Jones). However, they still owed their record label one more album. The solution? Release a rarities album! The problem was that there was very little unreleased material in the vaults – about three or four tracks at the most. But with a little doctoring and remixing of tapes, keyboardist Robin Lumley extended that number to six tracks and the label released Brand X's appropriately-titled collection Is There Anything About? in 1982.

To purchase Is There Anything About? 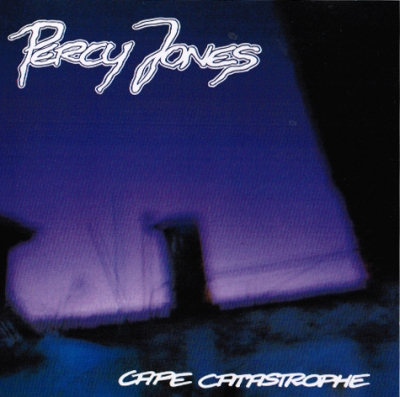 Cape Catastrophe: Several years after the release of Brand X's final album, bassist Percy Jones moved to New York City and began infiltrating the music scene there. He recorded Cape Catastrophe in 1988/89 at a studio in East Harlem. Using an array of hardware and instruments available at the time, including a Casio synthesizer, Roland sequencer. Yamaha drum machine and Korg digital delay, Percy recorded a several tracks ranging in length from 2-and-a half minute to 23minutes.
To purchase Cape Catastrophe
Says music writer Dave Lynch, “There is certainly a lot here for electric bass-aholics to enjoy: Jones' burbles, pops, and plonks are all here, and his tone on sustained notes is rich with harmonic overtones as expected. But the music through which the bass slips and slides is often more like twisted instrumental techno-funk than fusion, along with ominous electronic textures that sometimes sound like an ethereal chorus or gruff, agitated shouts distorted beyond recognition.” Gonzo Magazine's Jon Downes adds, “Jones composed everything on the album himself, except for the closing number. The album is a peculiar, though satisfying mix of jazz fusion and electronica, and is another one of those classic albums that slipped through the cracks at the time, which is just unfair.”
Posted by Frank at 12:50 PM No comments:

I have just learned of the passing of a great musician. Multi-instrumentalist Dave Kulju is not a household name, but his music has touched me like no other, and I have had the pleasure of introducing his "oeuvre" to listeners through my humble radio show. His music, mostly instrumental, was magnificiently constructed and nuanced. 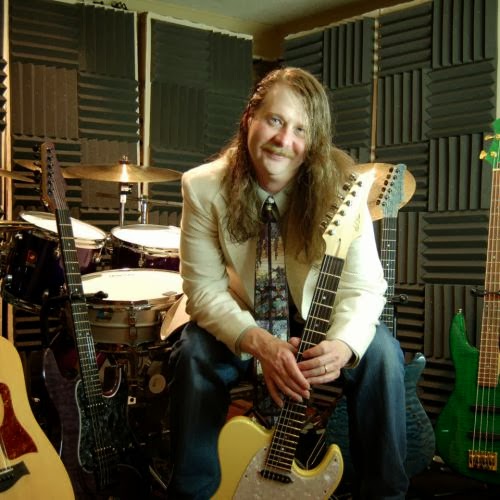 I discovered his music by browsing the internet and stumbling on his website. I immediately bought Notes in the Margin after hearing a sample, finding the mix of his music and with lyrics by Australian poetess Amanda Joy sublime. Dave would have turned 44 this coming January. He was working on a new project and had posted some samples on his website. It sounded promising, even surpassing some of the music already out there.

I invite listeners and visitors to this website to keep his music alive by visiting his website and purchasing his music. A great musician is gone, but his music will live on.

Dave Kulju website: http://www.davekmusic.com/index.php
Posted by Frank at 10:42 AM No comments:

As I did last year, I will compile the list and post it on this site at the end of January 2014. there will also be a special episode concerning this list... and mine.

Since most lists come out in December and releases dating from November and December are mostly left out, eligible albums for this list are albums released between December 2012 and November 2013.

As a reminder of some eligible titles from last December, here is a small list (others may be eligible): 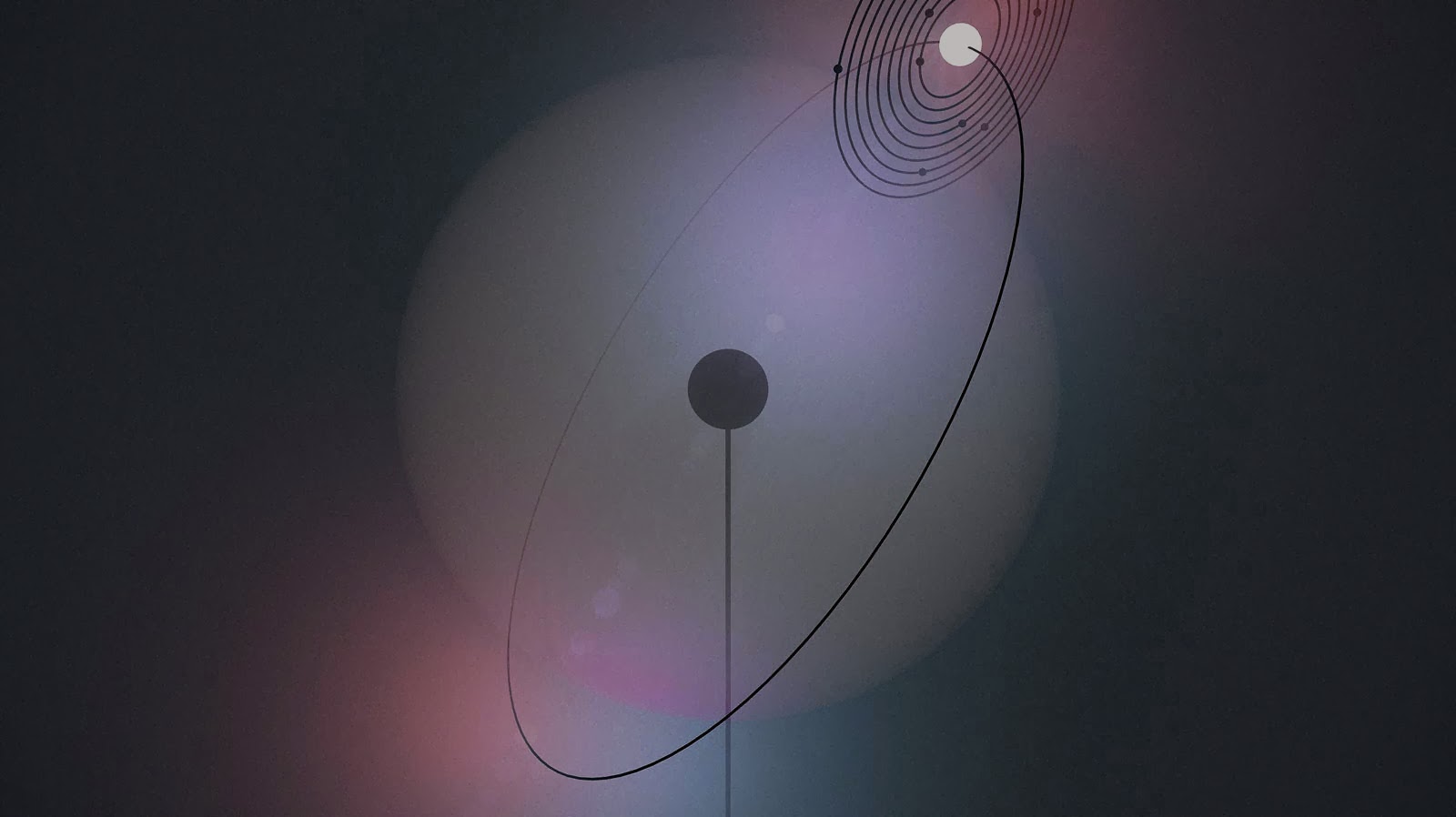 North Atlantic Oscillation are currently hard at work on their third album, which is scheduled for release in 2014. Meanwhile, the band's vocalist Sam Healy has released Sand, his debut solo album, on NAO's label Kscope.
NAO fans will recognise elements of the Sand sound (including the vocals, of course!) but there are marked differences too. The solo record "has a more intimate and personal feel" than the band's material, Sam says.
Sand has already received high praise from fans and critics (including an unprecedented 10 out of 10 from Phill Hall of Borderline Press) and is featured on Kscope's latest podcast: http://www.kscopemusic.com/2013/12/02/2823/
Stream or download the album track Clay for free here: http://sandtheband.bandcamp.com/track/clay
Buy the album on CD: http://bit.ly/IEveIt
Download the album from Amazon UK: http://amzn.to/18eSEOg
Download the album from Amazon US: http://amzn.to/1eLSMFU
http://www.sandtheband.com/
https://www.facebook.com/sandtheband
Posted by Frank at 12:14 PM No comments:

Nektar to Tour Europe in January 2014 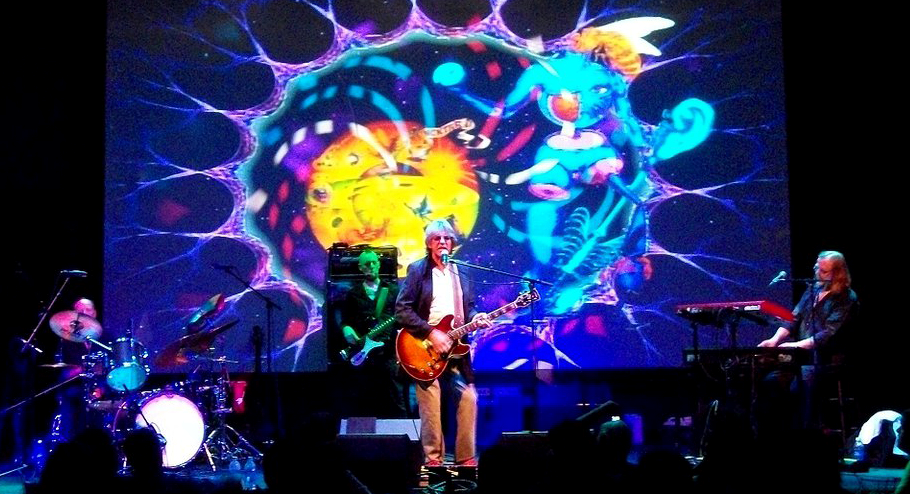 Hot on the heels of a successful US tour and the release of their critically acclaimed new album Time Machine, UK prog legends Nektar are preparing to tour Europe in early 2014! After a bit of an absence from European stages, Nektar is sure to be a treat for concert-goers who will be fortunate enough to catch one of the shows!


Nektar founding member Roye Albrighton (guitars/lead vocals) says, “We can promise you high quality performances wherever we play. I know I speak on behalf of the band when I say we are all looking forward to it.”

Nektar, featuring Albrighton, drummer/vocalist Che Albrighton, keyboardist/vocalist Klaus Hentasch and bassist Tom Fry, although mostly British were formed in Hamburg, Germany in 1970. Their early albums featured a heady, exhilarating mix of progressive, experimental rock sounds that soon caught on worldwide at the height of the international prog-rock boom. Touring the world behind numerous album releases throughout the ‘70s & ‘80s helped to cement the band’s reputation as an influential prog-rock legend. Having undergone a variety of personnel changes over the past decade or so, the band now boasts its strongest lineup in years and is ready to prove so yet again to its many fans throughout Europe. Christiaan Bruin's The Black Codex in 2014

Having just released his latest album Chris - Days Of Summer Gone and the new Sky Architect album, Christiaan Bruin is back with a brand new ambitious project: a 1-year musical series: The Black Codex.

Its concept is a unique one: during the course of a whole year, subscribers receive by email, a newly composed and recorded piece of music every week, together with illustrated lyrics, drawings, and many other bonus features. These weekly episodes will culminate in one epic storyline, with many characters, intrigues, adventures and much more.

"The Black Codex can be compared to a TV-series with weekly episodes, but in this case the story is told through music, lyrics and illustrations. Each week there will be lots of surprises, but also an element of familiarity and continuity. Musically, there's lots of freedom and room for spontaneity.


There's certainly a very adventurous journey ahead, as this has never been attempted before in a similar way, and this is my most ambitious project to date. It's like a concept album-deluxe." - Christiaan

Christiaan Bruin is a young dutch composer, multi-instrumentalist and producer. Since 2009 he has released five albums with his solo-project Chris. 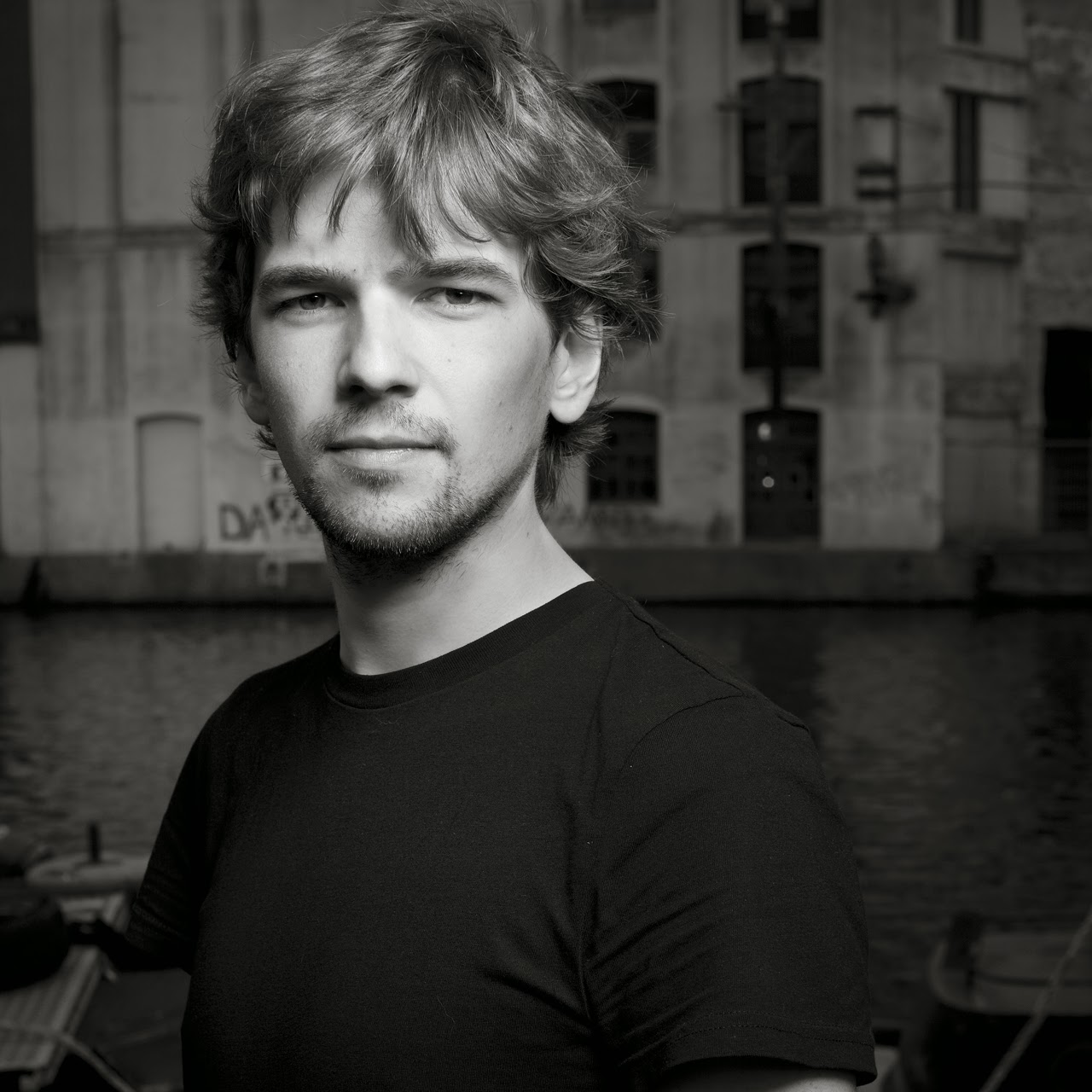 Membership costs are 4 euro each month.

For more information, visit: www.theblackcodex.com
Posted by Frank at 5:03 PM No comments: