Three years after his last foray into lunacy, Riverside's Mariusz Duda is finally ready to unleash a new Lunatic Soul.

The album was recorded in the Serakos studio, the same one in which the latest Riverside album Shrine of New Generation Slaves was recorded. Of the album, Mariusz had this to say:

"A bit less oriental and more... alternative. Actually, it seems like it will be a huge dose of trance darkness. I think it is much more versatile music than before. It's also going to be more emotive than ever... I've always wanted Lunatic Soul to be, first and foremost, music for the Souls whether they be Lunatic or not."


The new Lunatic Soul album is scheduled to be released in October 2014 on Kscope (worldwide) and Mystic Production (in Poland).

Here is a preview of the upcoming release:


For more information go towww.facebook.com/lunaticsoulband
www.lunaticsoul.com
Posted by Frank at 11:28 AM No comments: 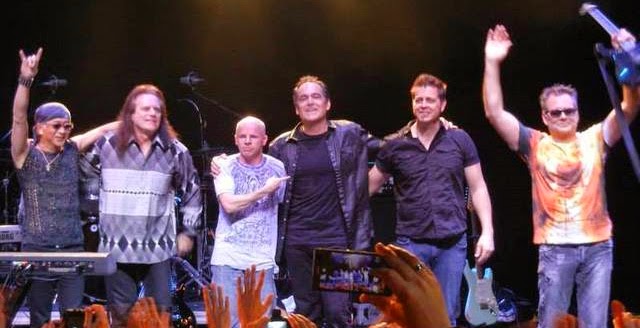 Spock's Beard is raising funds for a Progressive Nation at Sea DVD on Kickstarter.

The Progressive Nation at Sea cruise, upon the beautiful Norwegian Pearl, was a major event in progressive rock.

Spock's Beard was joined on stage for the final two epic songs by founding member Neal Morse, and the entire show was professionally filmed with multiple cameras and multitrack audio.  The footage is currently in the process of being edited and mixed.  They expect the shipping date to be sometime in late August if they meet their Kickstarter goal, so please preorder this piece of prog history now!

Profits from the sale of this DVD will go towards the initial recording costs of Spock's Beard's 12th studio CD.

Pre-order here: https://www.kickstarter.com/projects/spocksbeard/progressive-nation-at-sea-dvd
Posted by Frank at 9:26 AM No comments: 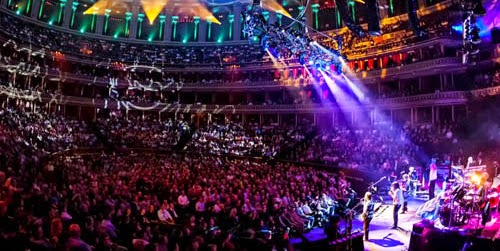 Prog pioneer Steve Hackett proudly announces the DVD release of his critically acclaimed live spectacular Genesis Revisited, filmed at the sold out show at London's legendary Royal Albert Hall in October 2013. The DVD of this landmark performance will hit the stores on 30th June 2014.

Genesis Revisited: Live at the Royal Albert Hall - the next best thing after being there - was recorded in 5.1 Surround Sound and will be available in the following formats:
- Standard 2CD/DVD digipak
- Limited 2CD/2DVD/Blu-Ray art-book with liner notes, photos and bonus interview features.

An ecstatic Steve Hackett comments: "I'm excited the Steve Hackett Genesis Revisited show at the extraordinary Royal Albert Hall is being released on both DVD and Blu-Ray in 5.1. It was a thrilling musical experience for all concerned with a fantastic light / visual show! Paul Green and team filmed it brilliantly too. It's a feast for eyes, ears and all the senses..." 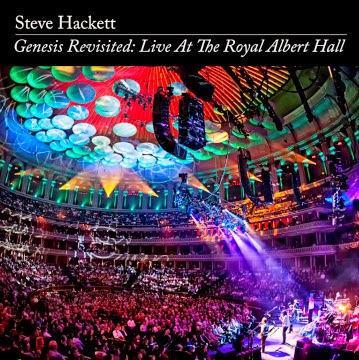 Genesis Revisited: Live at Royal Albert Hall track listing:
1. Dance on a Volcano
2. Dancing With the Moonlit Knight
3. Fly on a Windshield
4. Broadway Melody of 1974 (Vocals: Gary O'Toole)
5. The Carpet Crawlers (with Ray Wilson)
6. The Return of the Giant Hogweed (with Roine Stolt)
7. The Musical Box
8. Horizons
9. Unquiet Slumbers for the Sleepers...
10. ...In That Quiet Earth
11. Afterglow
12. I Know What I Like (In Your Wardrobe) (with Ray Wilson)
13. Firth of Fifth (with John Wetton)
14. Ripples (with Amanda Lehmann)
15. The Fountain of Salmacis
16. Supper's Ready
Encore:
17. Watcher of the Skies
18. Los Endos

And here's just a taste of the video: 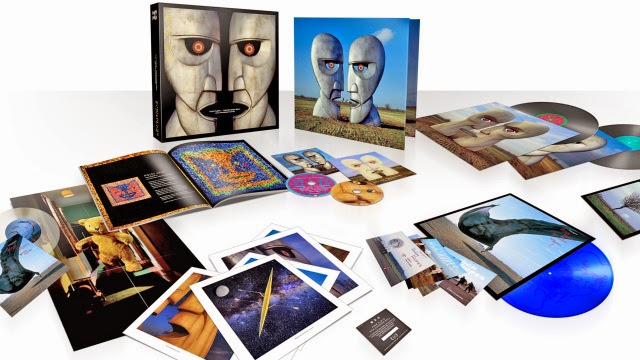 Pink Floyd are set to release a 20th anniversary box set version of The Division Bell, their last studio album, on June 30.

The Division Bell 20th Anniversary collector's box set will feature a new 2-LP vinyl edition of the album, remastered by Doug Sax from the original analogue tapes, including all the full length tracks (originally edited to fit on a single LP) in a gatefold sleeve designed by Hipgnosis/StormStudios.

The Division Bell debuted at No 1 on both sides of the Atlantic, staying at the top of the US charts for 4 weeks. The album was recorded by the band at Astoria and Britannia Row Studios with the majority of the lyrics being written by Polly Samson and David Gilmour.

David Gilmour said at the time: "The three of us went into Britannia Row studios, and improvised for 2 weeks. Playing together and starting from scratch was interesting and exciting, it kick started the album and the process was very good, it was collaborative and felt more cohesive".

Another addition included on the Blu-ray disc is a new video for Marooned, the track that won a Grammy for 'Best Rock Instrumental' in 1994. Filmed in Ukraine during the first week of April 2014, the video was directed by Aubrey Powell at Hipgnosis. It will appear on the disc with audio tracks in both PCM Stereo and a 5.1 mix by Andy Jackson.
Posted by Frank at 4:46 PM No comments:

Knifeworld Announces Release of The Unravelling 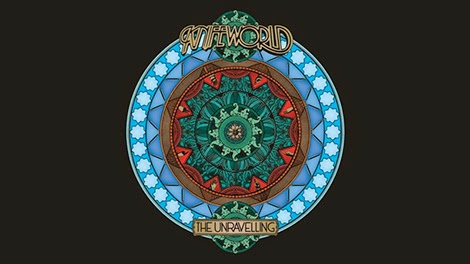 Knifeworld are very pleased to announce the release of their second full-length album 'The Unravelling' on the 21rd July 2014 in Europe and July 22nd 2014 in the US, the band's first for new label-home InsideOutMusic. The eight-piece band led by Kavus Torabi (Cardiacs, Gong) have been working on the long-awaited follow-up to 2009's 'Buried Alone: Tales of Crushing Defeat' for a while now and July will finally see it unleashed on the world.

Kavus had these words:


'In the summer of 2008, around the time I was mixing what would become Knifeworld's debut album, Buried Alone: Tales of Crushing Defeat, my dear friend, musical genius, and leader of Cardiacs, Tim Smith collapsed, a few hours after attending a My Bloody Valentine gig, with what appears to have been both a stroke and a heart attack in the early hours of the morning having phoned me to tell me he was coming over to stay.

Since his collapse Tim has required 24 hour care and is still unable to go home. This event and those that followed inspired what would become The Unravelling, the all too real epiphany that at a certain point life becomes a process of continual loss.

The Unravelling has been, by a long way, the most difficult album I've yet made. I think that every new work has to be 'the best thing you have ever done'. Whether or not it ends up being so, ultimately, is unimportant and is subjective anyway. What is important is that, during the conception, the writing, arranging, rehearsing and recording, you have to feel like it is.

The Unravelling feels like a realisation of everything Knifeworld have been working towards since our inception and everything I've been trying to do since I first picked up a guitar and started writing songs as a boy.

It's psychedelic, dense, confusing pop music. It's epic, terrifying, exhilarating and all over the place but its anchors are firmly in pop. Surely?'


Last year the band released a new video for the track 'Don't Land On Me', which is to be featured on the new album. Take a look:

Much to the excitement of prog fans worldwide, legendary Curved Air founding member and violinist, Darryl Way released a new album on Right Honourable Records, via Cherry Red on May 19, 2014.

A promo video for the title track has been released on YouTube: http://youtu.be/LSoFBKfV-Vo

Says Darryl, “With ‘Children of the Cosmos’ I have tried to recreate the spirit of experimentation that led to the ‘Progressive Rock’ movement of the late 60s and early 70s. As I did in the early days of Curved Air, I have tried to integrate my classical background with rock music, to create soundscapes that are hopefully both exciting and innovative.”

Way continued, “The lyrics for the songs are my observations of our current environment and the world we live in, echoing some of the issues touched upon in the music of the late 60s. It has been a pleasure and a privilege to pass this way once more and I hope that rock fans will enjoy this album, as much as I did creating it.”

Originally formed in 1969, Curved Air was a ground-breaking progressive art-rock band renowned for their showmanship. Darryl Way was noted for his flamboyant virtuoso exploration of the electric violin. He wrote the music for the Top 10 hit (reached #4) “Back Street Luv” and was a major contributor to three Top 20 albums. With Curved Air he toured extensively, performing in practically every major city in both America and Europe.

After Curved Air Darryl went on to release several critically acclaimed solo albums in both 'rock' and 'classical' genres. Among these, was his 'Concerto for Electric Violin'...and now, he will be releasing his highly anticipated new CD 'Children of the Cosmos'! 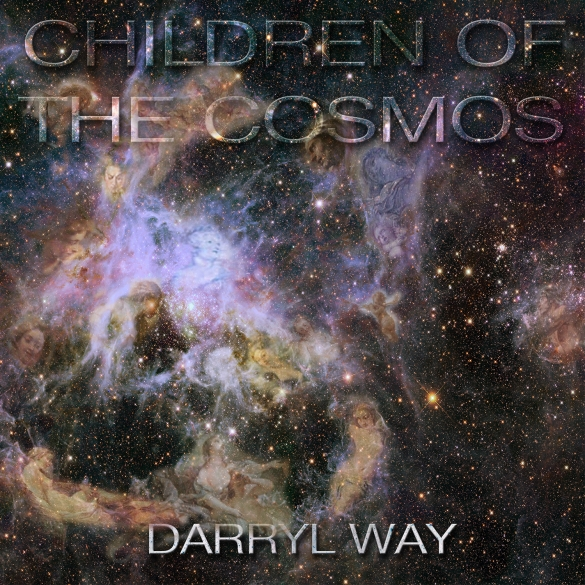 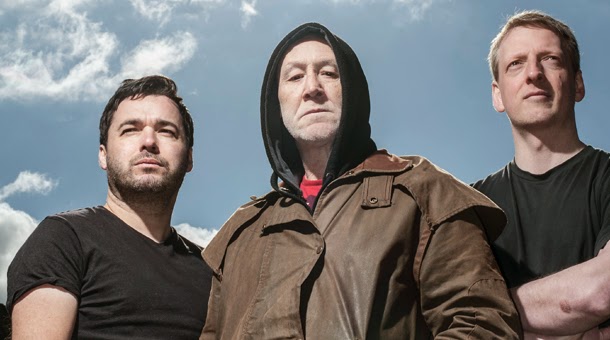 The first of the Citizen Cain solo projects, Stewart Bell’s The Antechamber Of Being (Part 1), is nearing completion. The musical side of the project is finished, the recording of the vocals is well underway and mixing of the completed tracks has begun.

Below is a promo video announcing the first of the guest vocalists involved: Ayreon's Arjen Lucassen. You can now pre-order the album to help fund the final stages of this project:

And, if you wish, you can also help by making a donation (there is an option to “add donation” on the “cart” page once you place your order). This album will be self-published and released in Sept ’14 so your pre-order/ donation will help things in a big way.

It's been almost three years since The D Project has released a new album.  Supported by great guest musicians such as Tony Levin and Lalle Larsson to name but two, the Big Face album (2011) was highly praised by the press and by prog rock fans alike.

In May 2014, The D Project will release their 4th album named Making Sense. Stéphane Desbiens and Francis Foy once again worked together to create a new classic neo-prog experience.

The D Project have also announced that they will be opening for Marillion on Saturday the 12th of July 2014 at the Festival d'été de Québec, in Quebec City.

The D Project on the web:
http://www.thedproject.com/
Posted by Frank at 4:16 PM No comments:

The Crimson ProjeKCt, the King Crimson offshoot featuring 3 current members of that historic band, have announced more live dates for this Summer. They recently completed an extensive run of shows, and also released the Live in Tokyo album. The band had this to say about the upcoming dates:

"We're extremely grateful to our fans and crew for having made our European Tour in March 2014 such an unexpected success. It was a very pleasant experience for all involved. Fortunately, this means that we will get to play again this Summer, first in New Zealand and Australia, then in Europe, and after that an exclusive one-off summer camp and concert in the USA. In other new, please take note that we welcome a new musician, drummer extraordinaire Morgan Ågren, to our family. He will sit in for 3 shows that Tobias can't do. See the preliminary tour dates below. And we are looking forward to seeing you. Happy to be back so soon!"

In his continuing quest to remix the classic albums of progdom, Steven Wilson remixed (stereo and 5.1) Jethro Tull's A Passion Play, following his own remix of their Thick as a Brick, as well as Yes, King Crimson, and Emerson Lake and Palmer remixes of early albums. When did he find the time, given his busy schedule? Well, the man is a workaholic, and his passion for the music shows in these carefully remixed albums.

A Passion Play (An Extended Performance) features new Steven Wilson mixes of the album, alongside Steven Wilson mixes of the infamous Chateau Disaster recordings that preceded it. Packaged with an 80 page book detailing the album, the band’s 1973 tour and the Chateau recordings, A Passion Play will be a a glorious way to celebrate a one of a kind release.

To pre-order the vinyl version, click here: https://www.burningshed.com/store/jethrotull/product/444/5714/
Posted by Frank at 4:47 PM No comments: