Polish Prog masters Riverside are about to release their newest studio album, Love, Fear and the Time Machine, next week on September 4th, 2015 via InsideOutMusic.

A third and final teaser for the album has now been unveiled.
Check out Time Machine here:


The first trailer (Love) can be seen here: https://youtu.be/QcS2jOlL2ok

The second trailer (Fear) can be seen here: https://youtu.be/QfCD5bq4yO0

Previously, Riverside revealed a first track off the album via a lyric-video. Check out Discard Your Fear here: https://youtu.be/Vc4MSBVLF2c

Physical formats and bundle-options for Love, Fear and the Time Machine can be pre-ordered here:
http://smarturl.it/lfattmINOshop 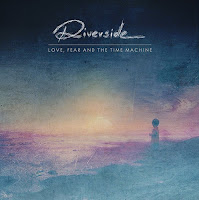 Riverside's 6th studio album features cover artwork by longtime design-partner Travis Smith / Seempieces and will contain the following track-listing:
1. Lost (Why Should I Be Frightened By a Hat?)
2. Under the Pillow
3. #Addicted
4. Caterpillar and the Barbed Wire
5. Saturate Me
6. Afloat
7. Discard Your Fear
8. Towards the Blue Horizon
9. Time Travellers
10. Found (The Unexpected Flaw of Searching)

Melding the forthright intensity of rock with the skill and inventiveness of progressive metal, Brisbane's Caligula's Horse have announced the release of their 3rd record Bloom through InsideOutMusic on October 16th, 2015 in EU & October 30th, 2015 in US, as well as extensive Australian and European tour dates. 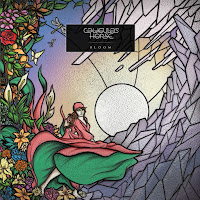 The full track-listing can be found below:
1. Bloom
2. Marigold
3. Firelight
4. Dragonfly
5. Rust
6. Turntail
7. Daughter of the Mountain
8. Undergrowth

The band have posted a special video message, telling you a little bit about the album and introducing the band:

"Bloom is very special to all of us - it's an album full of colour and life, vibrancy and energy, but one that breathes in and out with a natural ebb and flow," says lead vocalist Jim Grey. "It's exactly what we hoped to achieve with Caligula's Horse. To us, this album has a life of its own."

Equal parts grandiose and crushing, melodic and energetic, enjoy the first taste of Caligula's Horse's third record Bloom right this moment.
Check out a trailer for the album here: https://youtu.be/3iwexAFmZuQ

Having secured deals with The Agency Group for live bookings, and signing an international record deal with lauded prog/metal label InsideOut Music (home to Devin Townsend, Spock's Beard and Pain of Salvation), the band will tour Australia with UK metal heroes TesseracT this October, before embarking on an extensive month-long tour of Europe and the UK with Norwegian blackjazz innovators Shining.

Caligula's Horse are known for their energetic live show and fierce stage presence, a quality that has seen them join the likes of Opeth, Mastodon, The Ocean and Protest The Hero on the stage and the road. This kind of intense touring regime will see them right at home.

InsideOutMusic recently announced the signing of Steve Hackett and Agents of Mercy vocalist Nad Sylvan to their roster, and now he is pleased to reveal his new solo album is titled Courting The Widow, and will be released on October 16th, 2015 in Europe and October 30th, 2015 in the US. 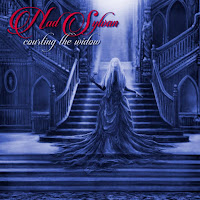 Courting the Widow tracklist:
1.Carry Me Home
2.Courting The Widow
3.Echoes Of Ekwabet
4.To Turn The Other Side
5.Ship's Cat
6.The Killing Of The Calm
7.Where The Martyr Carved His Name
8.Long Slow Crash Landing

Nad had this to say about the album:

"During these past years with Steve Hackett, I have developed a character known as the "Vampirate". I have here set him loose, and so he has invited you all on-board his great ship, to take you on a musical journey you have never been on before.

The main character - the widow herself, is a symbol of death - and is to be courted through every song, one way or another. It is indeed a dark album, but full of loving light"


Nad has most recently been seen performing alongside the legendary Steve Hackett as part of his Genesis Revisited show, continuing his stint into the latter part of this year. Nad adds: "In a little less than four years, I was snatched up by two iconic guitarists, namely Roine Stolt and then Steve Hackett. That must mean something to the world, because it sure means an awful lot to me". Nad formed Agents of Mercy with Roine Stolt (The Flower Kings, Transatlantic) in 2009, and have released three albums to date.

"It's often times great to be in a band, but sometimes, like now, it's hard."


With these words Moon Safari have confirmed they angrily split with co-founding drummer Tobias Lundgren in April.

"To claim the split was amicable would be lying. Everyone wishes this process would have been easier, more grown up and more to the point, but breakups are seldom without complications. And this one was no exception. This is sad for us in many ways. But, regardless of the last couple of months of negativity we sincerely treasure the memories of the musical journey we've taken together.

"Right now the band would just like to thank him for everything and we wish him nothing but the best in his future endeavors, musical or otherwise."


Even though no replacement drummer has been announced, the band assures that no commitments will be cancelled. Their next confirmed gig takes place on the Cruise To The Edge in November.

On the Supernal Endgame front, the split was amicable.

Bassist and videographer Tom More has decided to step away from the band. Guitarist John Crafton has decided to move on as well, regarding this as a sensible time to step away, since Tom’s departure will require a "reboot" of the band dynamic.

John Crafton's departure has created an opportunity for guitarist and founding member Dan Pomeroy to return.

Stepping in on bass guitar is the newest face in the Supernal Endgame family, Brad Oldham.

Brad is a veteran of the Dallas/Fort Worth music scene.  He is currently bassist and vocalist for the Pink Floyd tribute band, Bricks in the Wall.  For nearly ten years, Brad has been one of the principal leaders and organizers of this successful, high-profile act.

Availability for live shows should resume beginning in November of this year, though performance dates can be booked now.  Shows will be announced and posted as they are nailed down.

Ex-Oceansize frontman and current Biffy Clyro touring guitarist Mike Vennart released his debut solo album titled The Demon Joke in June, and recently announced a UK headline tour for November. Before that though, he will play Arctangent Festival as well as two warm-up shows. To celebrate, a live video recorded in Manchester earlier this year has been launched.

You can check out Mike and the band (featuring former Oceansize members Steve Durose & Richard 'Gambler' Ingram as well as Ginger Wildheart alumni Denzel) performing the Oceansize track Build Us A Rocket Then here:


The remaining Summer dates are as follows. Support on the first two comes from Mike's other project British Theatre.

As previously mentioned, Vennart recently announced a further run of headlining shows for this November. You can find the full list of dates below:

An animated video for the stunning single Operate, created by ChogZoo animation, was also recently released, and you can watch that here:

The Demon Joke will be familiar territory to fans of Mike's old band, but this time with a maturity and optimism lacking in his previous work. The album is a rich, densely layered, emotional psychedelic fuzz-rock odyssey. 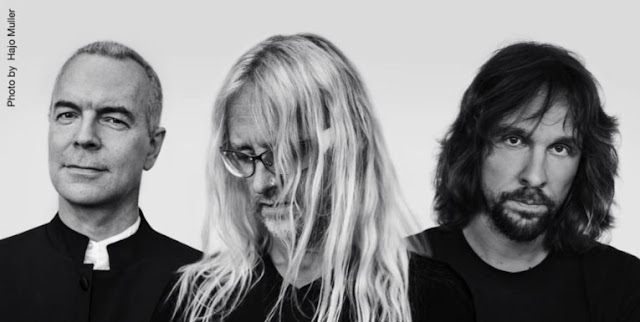 InsideOut Music is extremely pleased to announce the signing of The Mute Gods, a brand new band from the mind of renowned bassist, chapman stick player & vocalist Nick Beggs. Joining him will be his colleague in Steven Wilson's band, drummer Marco Minneman, and long-time Steve Hackett collaborator & keyboardist Roger King.

The Mute Gods will release their debut album in January 2016.

As previously mentioned, Nick Beggs has most recently been involved with Steven Wilson's solo band, both in the studio and on tour, whilst also playing live with legendary guitarist Steve Hackett as part of his Genesis Revisited run of shows. In recent years he has contributed to projects such as Lifesigns, Fish On Friday & Lonely Robot, as well as playing live with Rick Wakeman.

The Mute Gods have also launched a brand new website which will be updated with new content and information on how the band came together in the coming months. Head over there now: http://www.themutegods.com