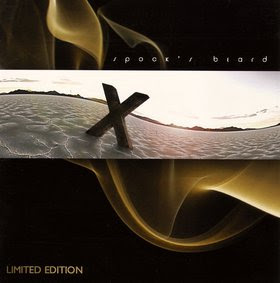 For this week's radio show (May 23) we have a treat for you. We had the opportunity to meet the members of UK band Galahad, in fact we were guests of Galahad for their Terra Incognita gig in Quebec City. I'd like to thank Stu, Roy, Dean, Spencer, and Neil for their kindness and for the great music they have been doing over the years.

We had a 90 minute conversation with the members of the band, really kind of a stream of consciousness, where we talked about the music business, the joys of writing music, the best places to gig, and our wives and girlfriends. We present here, in the first hour of the show, all the relevent parts of the interviews, accompanied by some of the great music this band has given us. I apologize for the sound quality, but its the best we could do.

I also had the chance to see Stick Men here in Montreal, and had a chance to meet both Tony Levin and Michael Bernier. Rick and I saw Mystery and Hamadryad and also had a chance to talk with the members of the band during the meet and greet.

Lastly, our friend Andrew Wood (Yoooreds), saw The Resoning and The Pineapple Thief and was kind enough to send us his comments.

Here is the link (Link no longer available) for the download. The playlist for the show is:

One Among the Living 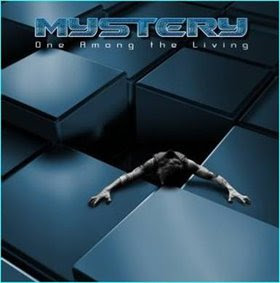 Win a Pair of Tickets to Stickmen in Montreal!

Here's your chance to win a pair of tickets to Stickmen in Montreal for this Tuesday, May 11. Send an email at progrockshow@xxxx with your name, address, and phone number and answer the following question:

On which Alice Cooper album did Tony Levin play?

You mus be able to attend the Montreal show this Tuesday... all others will be excluded.

UPDATE: We have a winner!!! The winner will be contacted by phone at noon today!

UPDATE 2: Caroline and a guest will see Stickmen tomorrow!! Congratulations Caroline. Thank you all for participating, and by the way the answer was: Welcome to My Nightmare!
Posted by Frank at 5:49 PM 2 comments:

The Spirit of Radio

Another Wednesday, another podcast ready for download. Last sunday's show, on the 2nd of May, was a special show dedicated to the Women of Prog. Results from a poll conducted here a couple of weeks ago were compiled, and song were chosen from those favourite bands. Here are the results... a full three hours of music by female proggers and bands that have female lead vocalists. The whole show can be downloaded from here (Link no longer available).

The playlist is as follows:

By no means is this the end for this topic... there are a lot of good female-lead progressive music out there, and we will be sure to find them and play them.

As always, follow the links if you want more info on the bands, or if you want to purchase their CDs.