News about the 3 Marillion Weekends has finally arrived. And as I predicted in an earlier post, the second night will celebrate the 10th anniversary of the release of Marbles! The big question concerning the Friday night show has also been answered: they will play the whole of Anoraknophibia.

Swap-the-band is also returning in Port Zeeland and in Montreal. Support bands have not been announced yet, but tickets are on sale for the Port Zeeland weekend already. Tickets for Wolverhampton in the UK, and Montreal, Canada will be on sale shortly. Prices have changed from previous years as they now charge more for us older people how need to sit down, or can't stay up on our legs for the duration of the weekend.

For more information go directly to the Marillion Weekend website. They will be updating regularly. http://www.marillionweekend.com/
Posted by Frank at 2:33 PM No comments: 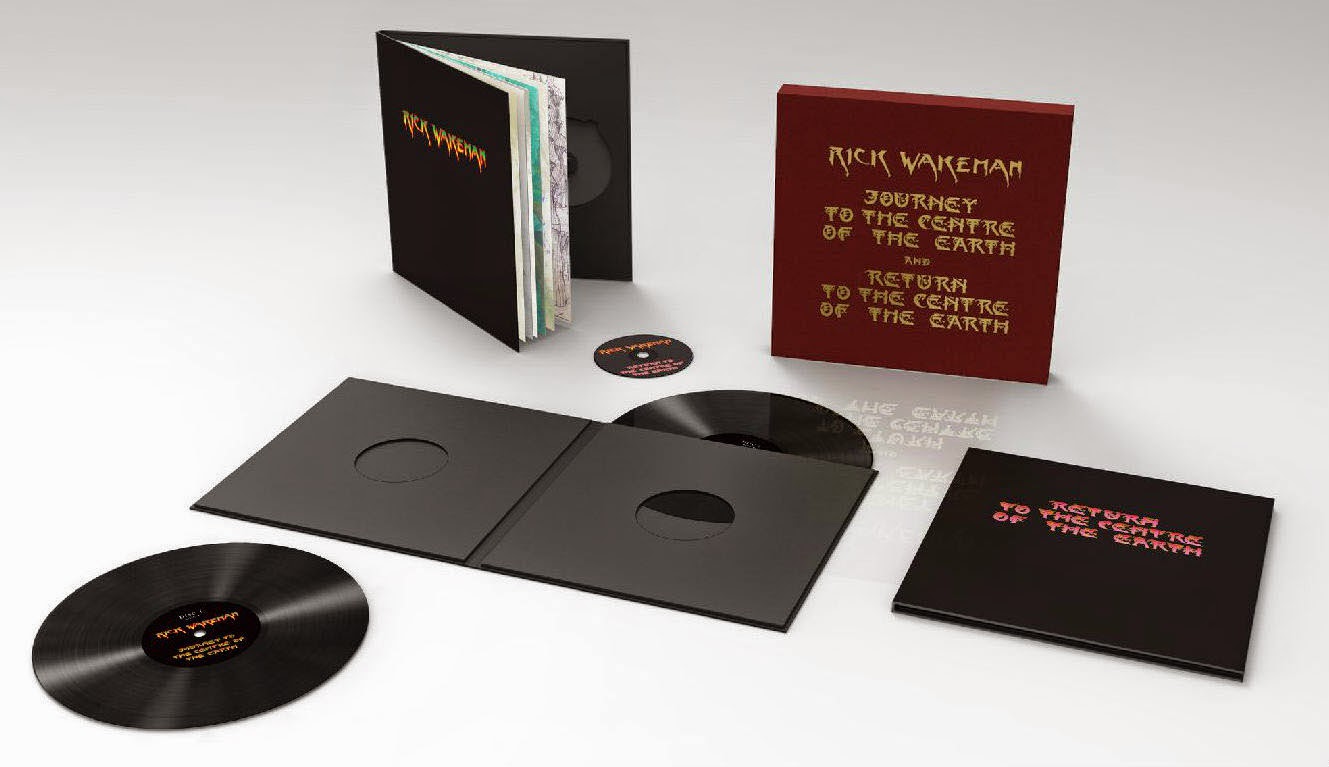 Celebrating the 40th anniversary of the release of his landmark concept album, Rick Wakeman presents the repackaged, re-recorded, extended Journey to the Centre of the Earth. Based on the novel by Jules Verne, which will also mark its 150th anniversary in 2014, the album is one of the rock era's landmark achievements - a record that sold 15 million copies and rewrote the rules.

First there is the Super Deluxe Collectors Edition, including double 180gm heavyweight LPs of the re-recorded Journey and of it's follow-up, 1999's Return to the Center of the Earth, both albums in CD format, a limited edition Roger Dean Lithograph, plus a 12" x 12" in-bound book featuring never before seen photos, images and sketches.

Second comes the Limited Edition Boxset, which is all of the above, except for the limited edition Lithograph. 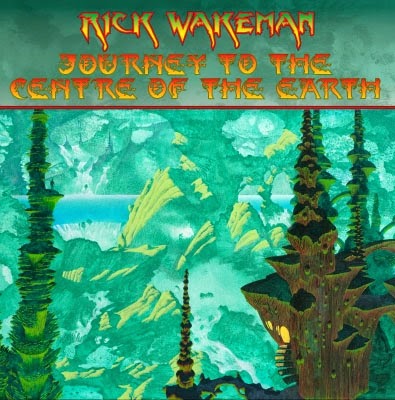 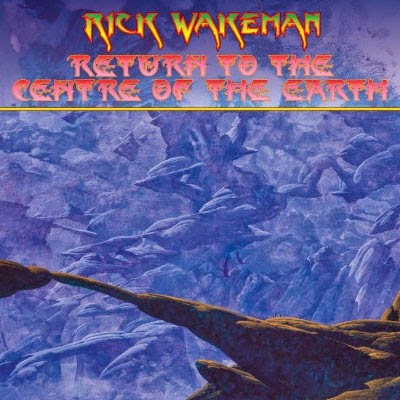 Then there are the albums themselves, released both on vinyl and digipack CD, which can be purchased individually.

You can purchase these here: http://www.rickwakemansmusicemporium.com/journey-and-return-to-the-centre-of-the-earth-special-editions/

Unfortunately, the original recording of Journey to the Center of the Earth, the one everyone knows and loves, the one that started it all, will not be made available in this 40th anniversary bash. 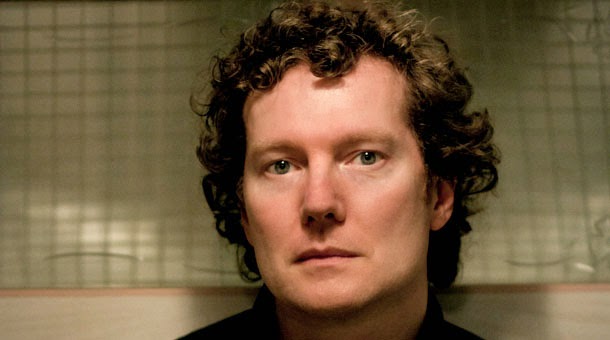 Tim Bowness recently revealed he had signed to InsideOutMusic for the release of his forthcoming second solo album Abandoned Dancehall Dreams on the 23rd June 2014. The record will be released as Limited edition 2CD Digipak, 180g Gatefold LP (incl. album on CD) & digital download and a beautiful cover art. 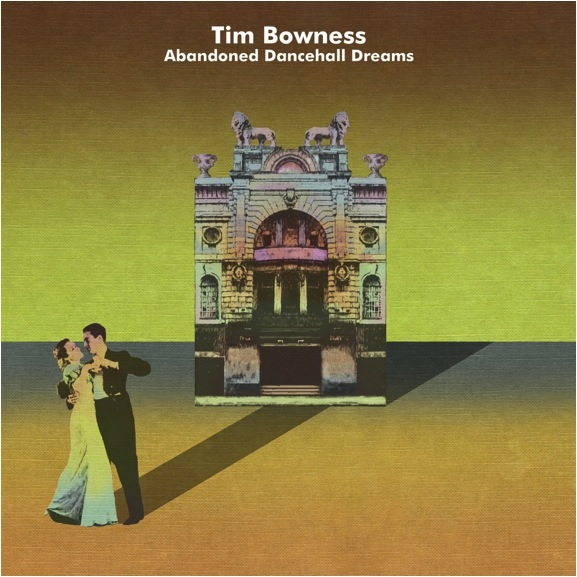 On April 29, Cleopatra Records will roll out a series of limited edition deluxe vinyl re-issues of 5 landmark albums by one of the most influential experimental rock bands of all time, iconic German Krautrock legends Amon Düül II! Each album has been meticulously put together with digitally remastered audio made specifically for these re-issues, 180 gram colored vinyl packaged in glue-on heavyweight chip board jackets, and sequentially numbered. The first 2 re-issues to appear will be the spectacular 1969 debut album Phallus Dei and the hugely influential 1972 classic Wolf City. The following month will see the release of the 1971 double LP Dance of the Lemmings, followed in June by 2 more - 1973’s Vive La Trance and an extra special lenticular jacket printing of the group’s masterpiece, 1970’s double LP Yeti, which will be limited to just 500 copies.

As thrilling as these extraordinary releases are, what’s more exciting is the long awaited return of this iconic German outfit after a nearly 20-year absence from the music world with a new album, Düülirium! This stunning new album features 3 of the group’s founding members - guitarist John Weinzierl, guitarist/violinist Chris Karrer, and vocalist Renate Knaup - and will be simultaneously released on both CD and vinyl June 10. 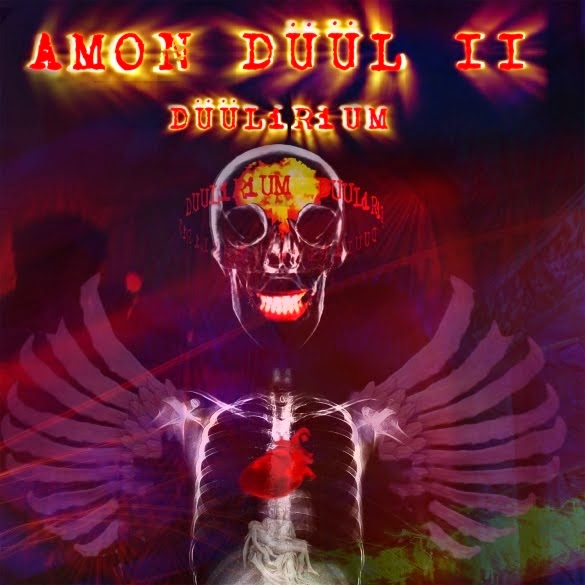 To purchase the vinyl re-issues: http://cleorecs.com/

Amon Düül II website: http://www.amonduul.de/
Posted by Frank at 8:38 AM No comments:

Amused to Death Gets the 5.1 Treatment 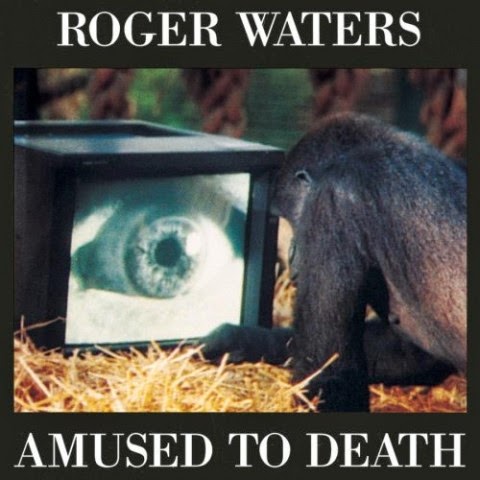 Yet another reissue to get the 5.1 Surround Sound treatment is Roger Waters' Amused to Death. Originally released in 1992, this album is considered the best of his solo efforts.

The reissue will be released as a SACD, which unfortunately is not as common as bluRay, on September 23. There will also be an vinyl version. The SACD will be available as an import in North America. You can already pre-order it on Amazon. I really do hope they do a DVD or bluRay audio version, as SACD has not really caught on in the Americas.

Engineer/producer James Guthrie has created a new stereo mix as well as the new 5.1 surround mix. The SACD will contain both, but the vinyl is being cut from the original tape masters so the new stereo mix cannot be used for the vinyl pressing.
Posted by Frank at 11:47 AM No comments:

UK prog band Abel Ganz, have recorded a follow up to their 2008 album "Shooting Albatross", and asked for your help to fund mastering and manufacture. As many bands have done before them, notably Steven Rothery, Devin Townsend, and Anubis, they turned to a pledge site called Pledge Music to help with the financing.


Well it's been over a week now and there are 20 days to go, and Abel Ganz are 10% short of their goal. So go and help them finish this album by choosing from one of the many packages offered.

You can add your pledge here: http://www.pledgemusic.com/projects/abelganz
Posted by Frank at 9:29 AM No comments:

Drum legend Terry Bozzio, known for his work with Frank Zappa, Jeff Beck, UK and his critically acclaimed solo ventures, celebrates the 50th anniversary of his first drum lesson with “An Evening with Terry Bozzio” coast-to-coast North American tour! During the course of this tour, Terry Bozzio will hit over 40 cities from San Diego to Jacksonville to Montreal to Vancouver to Los Angeles and everywhere in between. This will be a night of solo drumming and include compositions from throughout his career, as well as improvisation. It is by no means a clinic or a workshop. Enjoy an intimate evening of Terry Bozzio and his monster sculpture of a drum kit together for the first time in seated venues across North America.


Terry has had tremendous success with his last two Terry Bozzio solo drum performance tours in Europe (2012 included his headline show at the Jazz Festival Frankfurt – the oldest jazz festival in the world – and 2013 which included sold out performances in Sweden, Germany, Eastern Europe, and France). Please note that this is not a bombastic 2 hour drum solo. This is MUSIC on drums, “an evening with Terry Bozzio.” In most of Bozzio’s works, he accompanies himself with bass lines while soloing over it melodically on the tuned toms. There is space, classical forms & structures, ambient electronic loops, and atmospheric percussion effects, as well as some exciting & fiery drumming that brings audiences to their feet!

In other news, over the last four decades, drummer Terry Bozzio has built an extraordinary legacy based on his unique approach to rhythm and the diverse and acclaimed recordings to which he's contributed. On April 18, 2014 he'll go beyond genres into new mediums with the release of an art collection titled [RHYTHM] + [SKETCH]. Available exclusive at www.terrybozzioart.com, the collection is a fusion of artwork crafted over the last three decades mixed with new abstract visuals made from capturing rhythm.

For more information: www.terrybozzio.com
Posted by Frank at 1:33 PM No comments:

Today Canadian band Saga has announced the title and release date of their newest album.

By the look of the cover, it seems that it's a grand return to the Chapters. 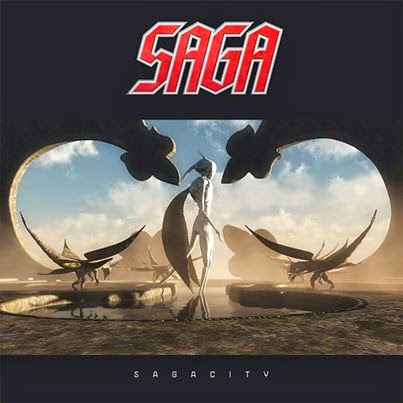 The album is already available for pre-order on amazon.de, and may be available elsewhere. 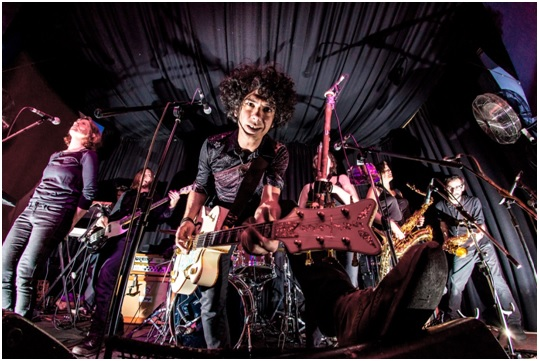 InsideOutMusic is very pleased to announce the signing of Knifeworld for the release of their forthcoming new album The Unravelling later this summer. The eight-piece band led by Kavus Torabi (Cardiacs, Gong) have been working on the long-awaited follow-up to 2009's Buried Alone: Tales of Crushing Defeat.
The band had this to say about the signing:

"Knifeworld are very happy to be signing to InsideOut.

Our forthcoming album, The Unravelling, is so close to completion we are terrified to mention it. Nonetheless it will be the first Knifeworld album to feature the full psychedelic majesty of our eight piece line-up.

It must go off like an atom bomb in your broken hearts. An atom bomb that will make a mockery of all you hold dear. An atom bomb of love. InsideOut hold the trigger and we've dared them to press it. Press it real good now."

Last year the band released a new video for the track 'Don't Land On Me', which is to be featured on the new album. View it here:

I updated the Upcoming Festivals Page today with new information received from the Cruise to the Edge mailing list.

To those at Baja Prog, today is the last day, hope you enjoyed it.

To those going on the Cruise to the Edge, which starts Monday - have a great time!
Posted by Frank at 6:21 PM No comments: